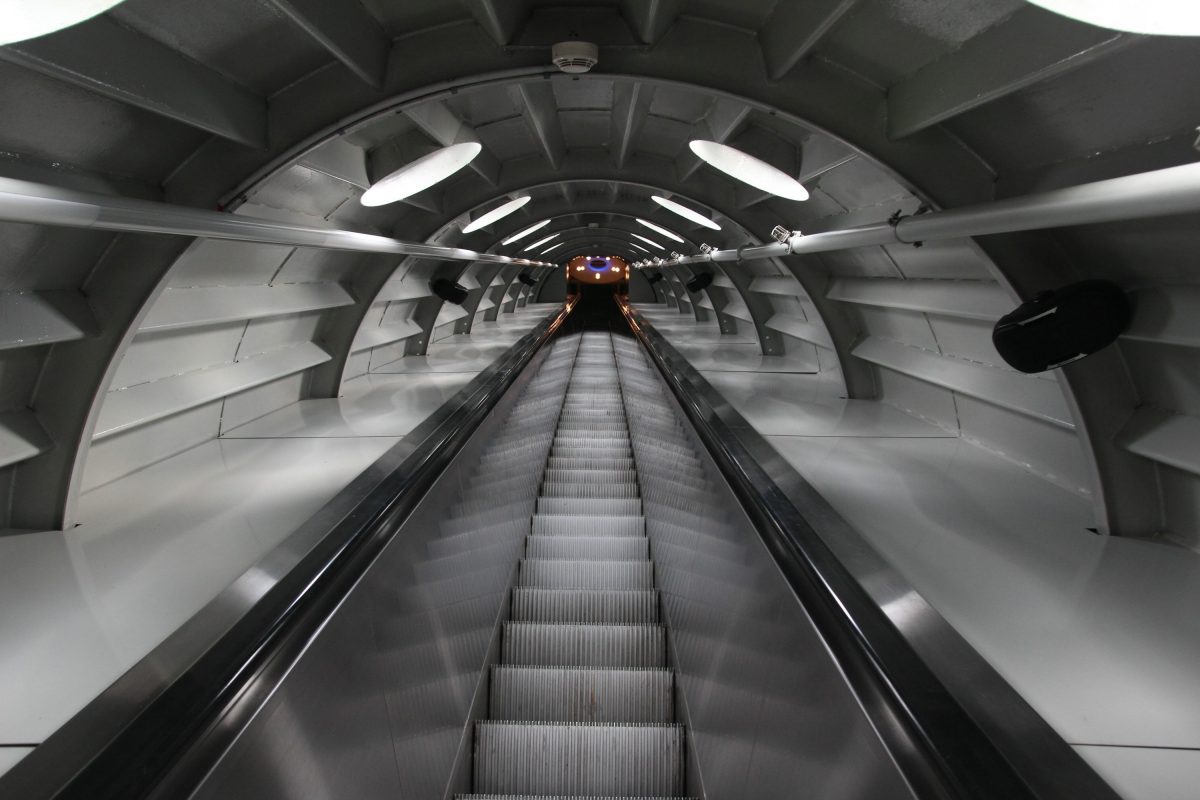 I recently listened to another audiobook from Audiobook.jp called Mr. Tsubakiyama’s Seven Days by Asada Jiro (椿山課長の七日間 – 浅田 次郎). I didn’t know much about Asada or this book beforehand, but I noticed excellent reviews on Amazon, so I thought it was worth a try.

I wasn’t into the style at first. After thinking about it a while, I realized it had to do with the setting, which I didn’t find engaging. Primarily, the setting is what draws me into a book—The windowless programmers’ compound on an isolated island, housing an imprisoned evil genius, in  All Become F. The dizzying maze of midnight Pontocho and Kiyamachi in The Night is Short, Walk on Girl.—This book’s opening, with flower-lined, calm and nearly empty streets leading to an administrative building, didn’t have enough of an edge to draw me in.

The premise of this story is that Tsubakiyama, the 46-year-old manager at a department store, dies suddenly and ends up in purgatory, which resembles a Japanese administrative office. The newly-arrived have to take a group course explaining their sins and afterward can press a repent button then make their way up the escalator to heaven.

Tsubakiyama didn’t agree with the charge of “lust” brought against him and also felt he had too many loose ends left on Earth, so he applied for a reevaluation and was sent back … as a woman.

A seven-year-old boy and a Yakuza boss went back at the same time. They all had to follow three simple rules: no revenge, be back on time, and don’t reveal your true identity.

When I really began to appreciate this book was near the end, which gave me a lot to think about. To explain why, I have to give away the ending, so don’t read past here if you don’t want to know (ネタバレ).

The main theme of this story is selfless love. There are lots of examples of this, but the example with the most impact is when Grandpa Tsubakiyama, Mr. Tsubakiyama’s dad saves the seven-year-old boy, who had broken the rules in revealing his identity, by going to Hell in his place.

Of course, I find this fascinating because it parallels the story of Jesus dying for our sins. Also, there is another layer to it, because even though Grandpa Tsubakiyama sacrificed everything for those who were weak, he knew it was not fair to his wife. He admits being afraid to tell her he loved her because it would mean he would have to put her first, and wouldn’t be able to continue sacrificing himself for others.

On even another level, Grandpa Tsubakiyama was remorseful for things he had done during the war; he regretted not standing up for his comrades in a Siberian prison camp after he was captured. His selflessness was motivated by a desire to atone for his actions during his traumatic youth. In the end, he rejected his wife a final time by choosing to be the boy’s hero instead of meeting her in heaven and telling her he had always loved her himself.

I thought that Asada portrayed this tension well. When you are connected with others you can’t give yourself up for someone without taking away from someone else. Sometimes it is the hardest to sacrifice yourself for those that are closest to you.

I think that unless it is coming from someone other than yourself, the Holy Spirit, you can almost always trace the motivation of selflessness to some kind of self-interest, as is the case with grandpa Tsubakiyaba. Being motivated by self-interest doesn’t mean the act is not noble and life-saving for the boy. I think deciding the best action to take in grandpa’s case lies within the realm of true wisdom. I don’t know if it is the right choice or not, and there is no way to factor out motivation from the fear of taking the down escalator, but I would have chosen the wife.