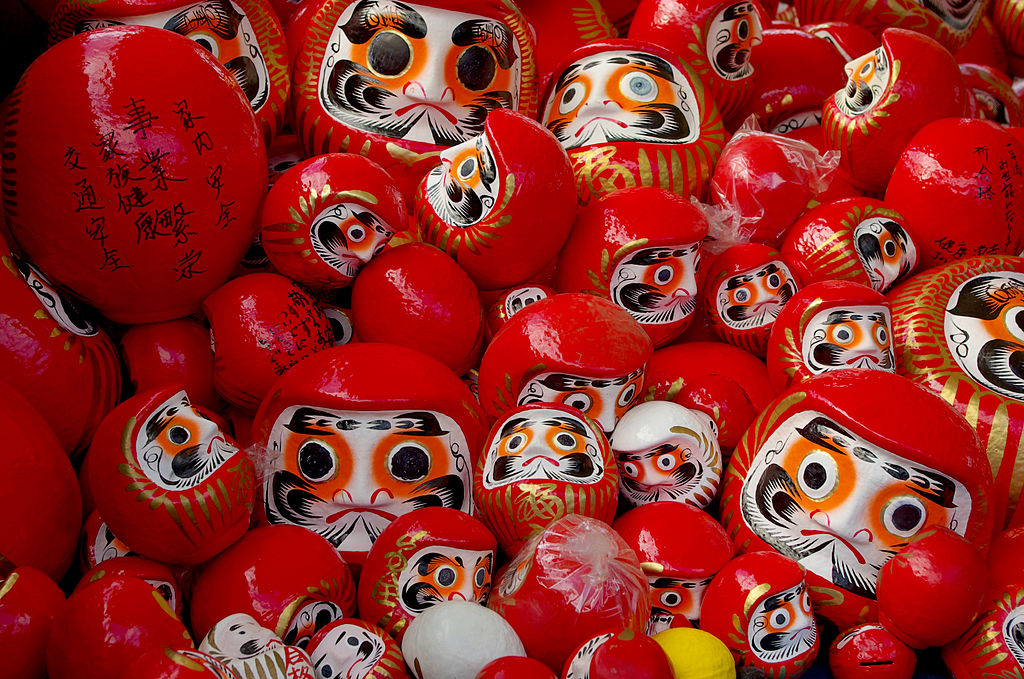 夜は短し歩けよ乙女 by 森見登美彦 has been popular for a long time, and has recently gained in popularity based on its rankings in bookemeter.com. I think this is because an animated movie based on the book came out in theaters this month in Japan.

I have read a couple of novels from Morimi Tomihiko, and his writing style is my favorite I’ve encountered so far. The extensive and out of the ordinary vocabulary he uses, and his roundabout ways of expressing things makes his writing very interesting to read. His books are also a treasure trove of new (to me) and interesting, but not necessarily common, vocabulary to learn.

I haven’t been too drawn to the plots and settings of the Morimi books I have read so far. It’s not that they’re bad, but they’re just not quite my taste. I find that the writing style is so interesting, that I’m not too worried if the plot and setting are not my favorite and look forward to reading more of his books.

I will translate a strange scene from the middle of this novel. I’m not able to do the writing style justice in translation, but I try to get the meaning across. The section I translated was not actually too dense with challenging vocabulary.

The story is about a college boy trying to catch the attention of a college girl, who’s oblivious to his intentions. This scene is in the middle of a university festival, which is described throughout the third out of four chapters of the book, where all kinds of strange things happen.

When I came out of the bathroom, I could see a strange person walking down the hall as if he were dancing. I could tell from his shape from behind that he was the upperclassman that I often run into around town. He’s always such a laid back person, but he seemed mad about something, the way he was stamping and kicking the floor. He was pulling at his hair as he disappeared down the stairs.

When I looked to the back of the hall, there was a big sign with the words “Elephant’s Backside” painted on it. What a cute name, and it’s quite intriguing as well. I was wrought with curiosity, and I stepped right in.

At the reception desk a beautiful girl with a melancholy aura was sitting by herself. Past her, hung a dark curtain. I had no idea what kind of exhibit this was. The receptionist was staring at her moving hands with  full concentration as she was threading several daruma dolls onto a string. As I called out to her, she looked up and said “yes?”.

“What kind of exhibit is this?”

“It couldn’t possibly be real, could it?”

She slowly made a soft smile, just like the spring breeze petting the bank of the Kamo River. “It’s not real, but I recreated it to feel as much like the real thing as possible.”

As I went into the classroom with the windows blocked by dark curtains, an unthinkably large and round object, illuminated by the light of a lamp, was swelling out from the wall. It looked just like an elephant in the next classroom over had rammed it’s backside through the wall and gotten stuck. Giving that thing a little pet, even if it’s not real, is delightful yet embarrassing. As I touched it with a bright face, I was surprised by the the sandpaper-like and prickly texture, which made me feel like blood would start coming out of my hand. As I said, “Ouch!” without thinking, the receptionist said, “Are you okay?” from the other side of the dark curtain.

I thought about whether an elephant’s backside could really be this severe. At first glance it’s humorous, but it tears down any half-baked ideals; it’s a backside that violently bears its fangs and bites. I tried to burn the true severity into my mind as I pet the elephant’s backside several times.

The receptionist peeked in from behind the dark curtain. “You’re really into it, aren’t you?” she said. “You’re the first one that’s been this into touching it.”

“It’s a wonderful idea, isn’t it? Now I know the true severity.”

“That’s right. It’s so prickly. You really don’t get that from just seeing it one TV.”

“Did you make this?”

“Because it’s such a big piece, right?”

“I hear you. It’s because it’s round, and it’s really big. Big and round things are good things.”

“The Earth is big and round too, you know.”

The two of us laughed.

Nevertheless, I guess making people understand the true severity of an elephant’s backside by having them pet an ultra-realistic reproduction, is an avant garde and profound idea. Leaving the elephant’s backside behind as I walked down the hall, I was overwhelmed with admiration. It seems like everyone thinks of the most interesting ideas. Compared with them, I’m quite a boring human, aren’t I? From here on out, I’m going to build up some deep experiences, keep my eyes and ears wide open, touch a real elephant’s backside in the near future, and become a grownup woman of even greater caliber than a red koi! And while I’m at it, “Keep getting taller!” I thought to myself.

6 thoughts on “Translation of a scene from Morimi Tomihiko’s “The Night is Short, Walk on Girl””