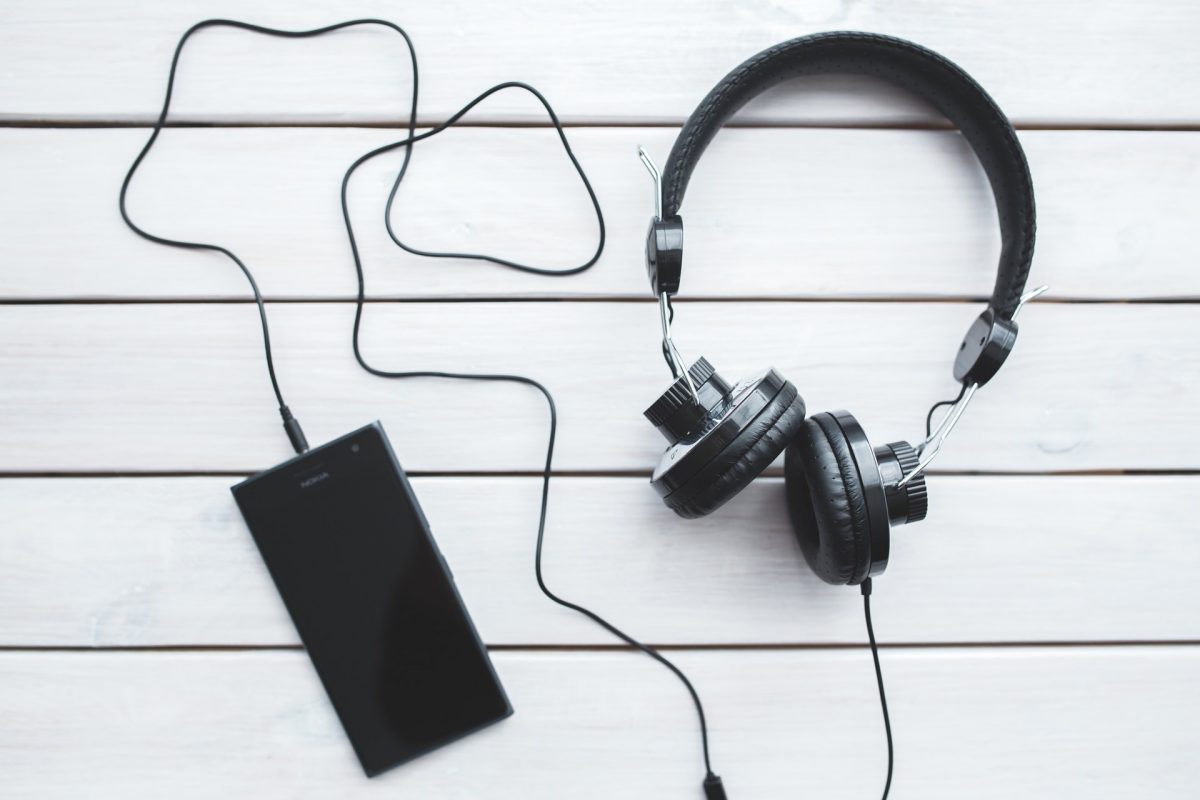 I would like to listen to current fiction, but most of the fiction available when I first started searching consisted older works from the public domain or offerings that tended towards self-help. Since I couldn’t find anything I was interested in, I have been listening to podcasts to maintain my audio connection with the Japanese language.

Lately I took a another look at Amazon’s Audible and was surprised to see more current fiction like Convenience Store Woman and several mystery novels by Konno Bin. Filled with excitement about all the books I could now listen to, I applied for the free trial right away!

Only, I was quickly deflated by the geographical restriction for the credit card billing address. Amazon didn’t want my foreign money, and I still don’t have access to their small, but growing collection of current fiction read aloud by professional narrators.

Fortunately I found another source, called Audiobook.jp, formerly known as FeBe. The selection is much smaller, but the system is far less restrictive. I was immediately able to purchase Scientific Task Force, Case File Blue with no obstacle related to my geographical location. For a review of Audiobook.jp, check out SelfTaughtJapanese.com.

When I downloaded the iOS app and signed in, it synced right away making the book available for download. On the website, I was able to download mp3 files that seemed to be DRM-free, meaning I can listen to the book however I like, and I get to keep it regardless of the future of Audiobook.jp. I like this better than a monthly subscription, such as Audible’s, where you lose everything if you stop paying or they may decide to remove your favorites from the library. That said, for the increased selection, I would sign up for Audible in a  heartbeat if Amazon would allow it.

The novel I chose to purchase from Audiobook.jp is a police procedural mystery that is part of a series involving the Metropolitan Police Force’s Scientific Taskforce, or “ST”, consisting of several members with special skills. Here is a brief introduction of the characters, which appear in the many novels of the series.

Yurine Tomohisa – The young leader of the team. He’s on the “career” track giving him a high rank relative to his experience. Officers on the career track can sometimes feel inferior to, or invite the jealousy of, those with lower rank and more real life experience.

Akagi Samon – Has the credentials of a doctor, making him curious about one of the murder suspect’s mysterious headaches.

Aoyama Sho –  Ao means “blue”, giving this novel its title. Aoyama is the psychological profiler of the group and takes the lead in this case, despite his typical laziness.

Kurosaki Yuji – A member of the team with a superhuman sense of smell, he is called the “human gas chromatograph”.

Yamabuki Saizo – A Buddhist monk employed by the Metropolitan Police Department, he assists in matters of religion related to cases. Since this case involved ghosts everyone expects his help, but he is adept at rationalizing away his responsibility in this kind of matter.

Yuki Midori – Possessing superhuman hearing ability, she has to wear noise cancelling headphones to respect the privacy of others in the ST office.

Kikukawa Goro – A regular police officer that has become part of the ST team, keeping them grounded in reality.

The central mystery plot in this novel is finding the culprit (or spirit) who murders a director working for a small television production company, which occurs while shooting footage intended to prove that an apartment is haunted.

The story is laid out clearly and I would recommend it as a first audio book if you are somewhat familiar with reading or watching police dramas in Japanese. You will need to know a bit about the rank system of the police force to pick up on some of the politics, but even without knowing the details, the relationship between the characters is sufficiently elaborated.

There is only one Konno Bin mystery on Audiobook.jp at this time, but there are many available on Audible. I hope that Audiobook.jp adds a few more to their library, because I would love to be able to continue practicing listening to Japanese with fresh, straightforward mystery plots and this familiar team of police officers.