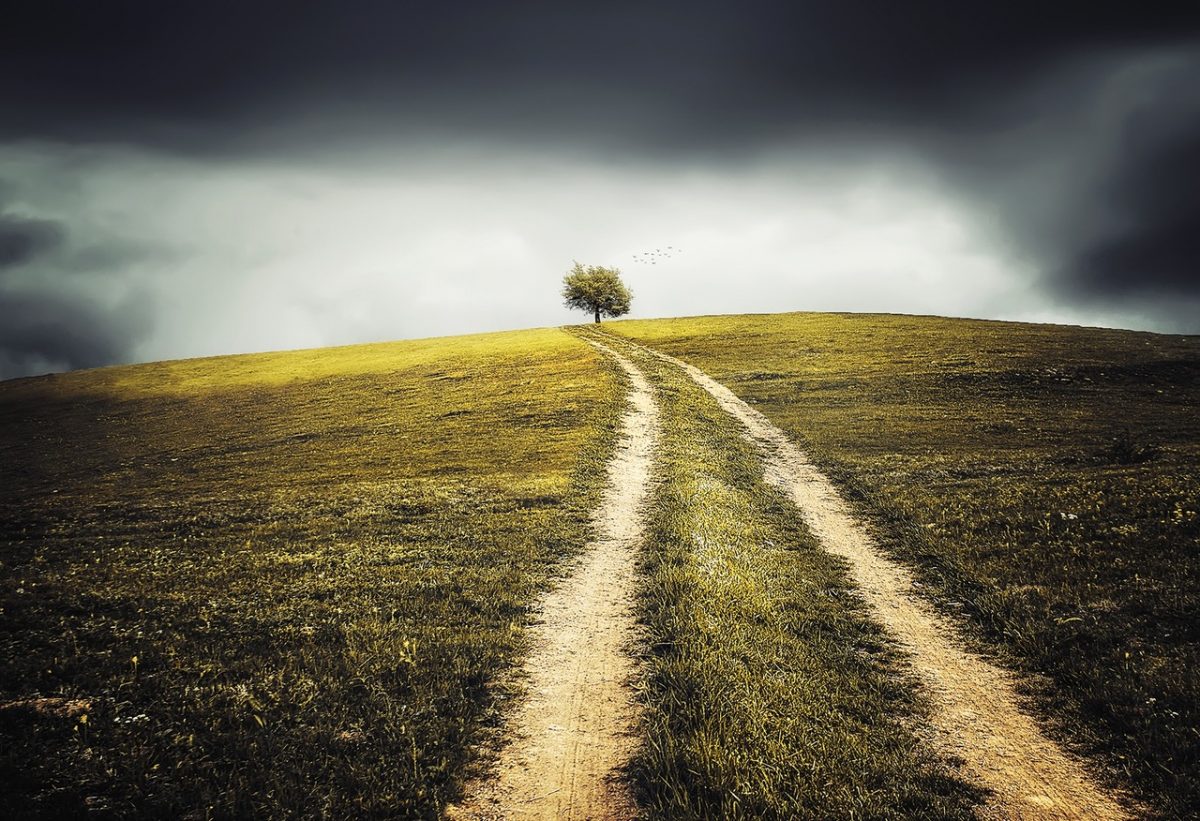 In this post I will talk about the Japanese language used in the Parable of the Prodigal son, called のたとえ in Japanese.

To make it easy for a beginner to read this passage in Japanese, I add furigana to all the kanji. Even if you are brand new to Japanese, you could learn hiragana in a week or two from lots of different apps or internet resources and be able to sound out the passage in Japanese. Each verse is shown from the ESV translation in English and the 新改訳 in Japanese. I’ll try to explain any of the aspects of the Japanese language that may be tricky or interesting.

There is a lot to say about this famous parable, and every time you read it, you can discover something new. One way to see it, is as a depiction of the two ways people react to knowing that they fall short of God’s glory. One reaction, represented by the prodigal son, is rebellion. The son that won’t come into the house during the celebration of the prodigal son’s return represents someone reacting by striving to be worthy of God’s glory through legalism. Outside of being under grace instead of the law, as described in Romans 6:14, people’s lives are comprised of a combination of these patterns.

Thinking of the father in the parable as God the Father, it may seem that we can’t put ourselves in the place of the sons. It seems like it wouldn’t apply to us. Jesus is God’s only Son, so God the Father will love him no matter what, but what does that have to do with us? The amazing truth is that through faith in Jesus Christ, we can be co-heirs with Christ. The Bible tells us this in Romans 8 16-17.

16 The Spirit himself bears witness with our spirit that we are children of God, 17 and if children, then heirs—heirs of God and fellow heirs with Christ, provided we suffer with him in order that we may also be glorified with him.

By putting our faith in Jesus we have the status of sons or daughters of God, because Jesus took our place and gave us his place, when he died on the cross. The same as with the sons in the parable, God will open his arms when we turn away from rebellion, and God doesn’t need us to prove ourselves through good works, because we are his children.

The verb 話す, meaning “to speak” is conjugated with ”された”. This is the past tense of the auxiliary verb “れる”, which can have several different meanings. It is described well here. In this case, you can tell it is the honorific meaning from the context. This is the verb form that is often used when Jesus is talking.

12 And the younger of them said to his father, ‘Father, give me the share of property that is coming to me.’ And he divided his property between them.

You can tell people’s ranks through the politeness levels. The son uses さん and ください when talking to the father. Jesus uses やった to respect the father and show that someone higher is giving the inheritance to someone lower. This kind of thing is hard to express in English.

13 Not many days later, the younger son gathered all he had and took a journey into a far country, and there he squandered his property in reckless living.

幾日もたたぬ sounds very literary as opposed to spoken. ぬ is the 連体形 (means it modifies a noun) of the classical Japanese auxiliary verb ず, which is used for negation. It is the same as -ない (when followed by a noun) in modern Japanese.

湯水 seems to be used exclusively in this kind of expression, where something is not treated as valuable. I wonder if this is the original use.

14 And when he had spent everything, a severe famine arose in that country, and he began to be in need.

ききん is 飢饉. I’m not sure why it is in hiragana, because my eyes want to combine the 大 with the き to make おおき, then I have to backtrack. I wonder if native readers have this issue.

15 So he went and hired himself out to one of the citizens of that country, who sent him into his fields to feed pigs.

世話 is an interesting word, that doesn’t have a direct translation in English. It is often used as an expression of gratitude when someone is leaving, in the form “お世話になりました”

16 And he was longing to be fed with the pods that the pigs ate, and no one gave him anything.

ようとする is a grammar pattern that means to try. Negating this with “与えようとしない” is stronger that 与えなかった because it implies that no one even tried to give him any food. The は after と gives extra emphasis to the function of と as seen in the first definition here. The two grammar patterns are used together to provide strong emphasis to the fact that no one gave the prodigal son any food.

17 “But when he came to himself, he said, ‘How many of my father’s hired servants have more than enough bread, but I perish here with hunger!

18 I will arise and go to my father, and I will say to him, “Father, I have sinned against heaven and before you.

Here is an example of how pronouns are omitted in Japanese. You need to know that 私 is the subject of 立って by context. This may have thrown me off if I didn’t have the English translation.

19 I am no longer worthy to be called your son. Treat me as one of your hired servants.”’

20 And he arose and came to his father. But while he was still a long way off, his father saw him and felt compassion, and ran and embraced him and kissed him.

抱くcan be read as だく or いだく depending on the context. だく is for physical things and いだく is for things that don’t have physical form like feelings.

21 And the son said to him, ‘Father, I have sinned against heaven and before you. I am no longer worthy to be called your son.’[b]

Starting the sentence with 息子は言った is a common way to denote who is talking in writing, especially for long quotes. The more common way would be to say と言った。at the end of the quote instead of the beginning..

22 But the father said to his servants,[c] ‘Bring quickly the best robe, and put it on him, and put a ring on his hand, and shoes on his feet.

It’s hard for me not to think of a Japanese kimono when I see 着物. It’s interesting that when I read this in Japanese the characters in the parable begin to look more Japanese in my mind.

23 And bring the fattened calf and kill it, and let us eat and celebrate. 24 For this my son was dead, and is alive again; he was lost, and is found.’ And they began to celebrate.

ほふる is a new word to me. It looks like it can be used for cutting in the context of either in slaughtering animals or in battle.

25 “Now his older son was in the field, and as he came and drew near to the house, he heard music and dancing.

I’m not sure why 兄息子 is used instead of 長兄 or 長男. Let me know if you have any ideas.

26 And he called one of the servants and asked what these things meant.

27 And he said to him, ‘Your brother has come, and your father has killed the fattened calf, because he has received him back safe and sound.’

It’s interesting to see that the servant uses keigo. This gives a feel for the relationships that isn’t expressed through the language in English.

28 But he was angry and refused to go in. His father came out and entreated him,

29 but he answered his father, ‘Look, these many years I have served you, and I never disobeyed your command, yet you never gave me a young goat, that I might celebrate with my friends.

仕える is a word that isn’t used often in most of the books I read, but it is a common part of the Christian vocabulary for talking about serving God.

30 But when this son of yours came, who has devoured your property with prostitutes, you killed the fattened calf for him!’

ほふらせる is in the causative form, and it is also respectful language, so you can tell it’s referring to the father. This would mean that the father made someone slaughter the calf, while in the English it sounds like the father slaughtered the calf himself. I wonder which way the original implies?

The よ after 子 is definition 二-1. Sometimes there are a lot of definitions to sort through before finding what a word means. Context is always important.

32 It was fitting to celebrate and be glad, for this your brother was dead, and is alive; he was lost, and is found.’”

The の used after the past tense 死んでいた and いなくなっていた is definition 二-2. In this case it refers to a noun. “Someone” would fit in the place of “の”. After 生き返ってきた and 見つかった it would be definition 二-3, which could mean it is a confident assertion. This のだ is often used when explaining something. In this case the father is explaining why the party is a good idea.

I hope this was helpful for anyone, even a beginner, who would like to read a passage of the Bible in Japanese. I don’t know what parts are challenging to you, so feel free to leave a comment if you would like me to explain other aspects of the language that were left out.