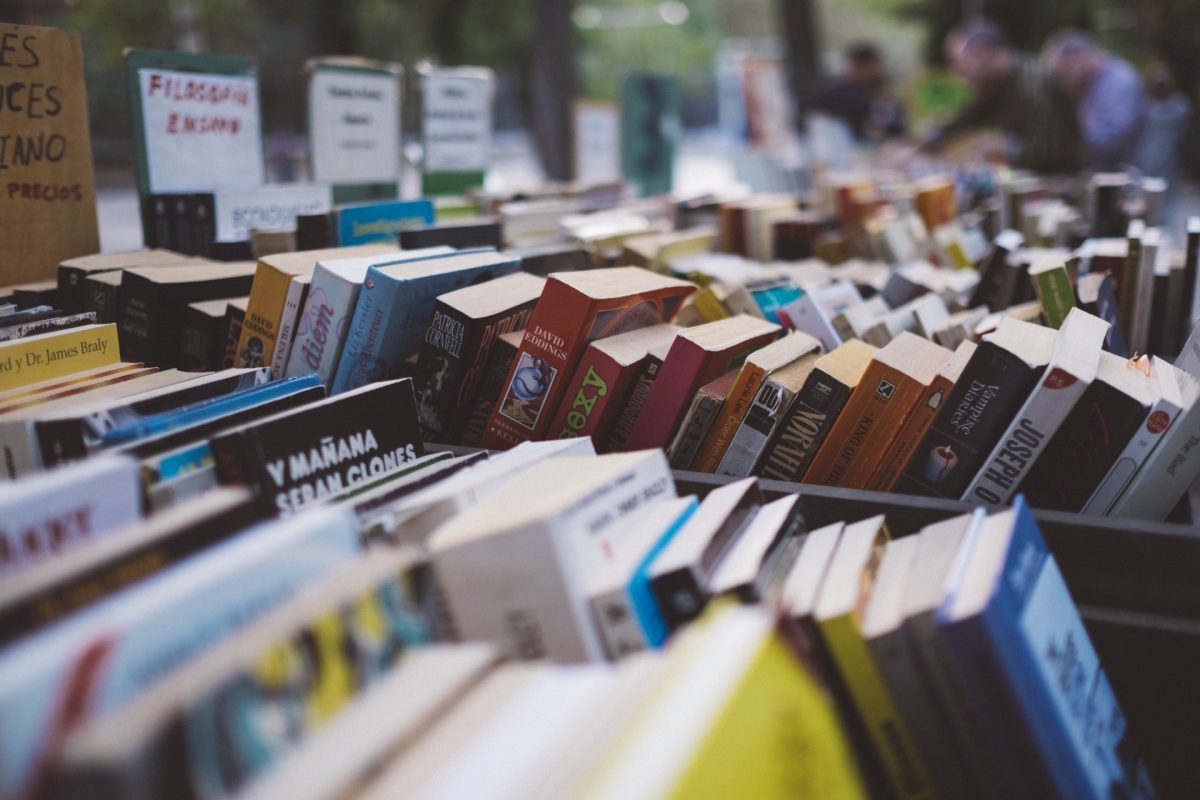 Four-character idioms are an interesting feature of the Japanese language. From here on I will call them yojijukugo, which is the romaniztion of 四字熟語. One example that a beginner may be familiar with is, “ (is shou ken mei)”, which basically means to try hard. It’s often quite relevant for someone trying to learn Japanese.

I have been interested in yojijukugo since soon after I started learning Japanese. I bought a pocket-size yojijukugo dictionary and would highlight entries as I came across them in real life. I have mostly discovered them reading but have sometimes noticed them in podcasts after I know what to listen for. I would be very unlikely to pick up any yojujukugo from context by listening. When I re-discover an idiom in a podcast, I get a very rewarding feeling—lots of reading is paying off.

The Night is Short, Walk on Girl by Morimi Tomihiko (夜は短し歩けよ乙女 by 森見登美彦) is filled with interesting yojijukugo. As with any vocabulary, yojijukugo are hard to learn in isolation, so this novel provides a great opportunity to see many instances used in context by an expert. I will pull out my ten favorite and include the sentence they came from as well as the context.

Also, keep in mind that not all of these are common, and a native speaker may not even be too familiar with each of them. Please correct me if you’re a native speaker, and I’m wrong. I included the number of hits each yojijukugo gets on Yourei.jp to give an indication of how likely you would be to see it in the wild and how likely someone may be to understand what you are talking about should you decide to use it in your own speech or writing.

I write about how each idiom fits into the plot, so if you plan on reading The Night is Short, Walk On Girl, or consuming one if it’s adaptations, there will be spoilers. The basic plot is a boy trying to get the attention of a girl, so I will refer to them as “the boy” and “the girl.”

This sentence actually has two instances of yojijukugo. As I said, Morimi uses them a lot! 新郎新婦 looks kind of like yojijukugo, but it’s actually just two words, “groom” and “bride”, stuck together.

The novel opens at a couple’s bachelor/bachelorette party; two people in the same university club as the boy and the girl. This sentence describes how intense the public display of affection was between the bride and groom.

I really like the word 偕老同穴 because it literally means, “old together, same grave”. Although a bit morbid, it’s about the idea of sharing your whole life with your spouse.

Strangely, the same word also refers to a kind of sea sponge called “Venus’s flower basket“. I wasn’t able to determines how these are connected, so let me know if you have any ideas.

Before they know what hit them, the partygoers were singed by the burning public display of affection of the bride and groom, who exchanged their vows of, “’till death do we part”, who’s blasphemous affection was truly natural and unforced, as if they would be unphased even if their picture were taken while exchanging a kiss as he carried her, as if over the threshold.

This one literally means “angel’s clothes don’t have stitches”, and it is used when someone is doing something in a very natural way. It means something didn’t require any extra effort, so you can’t see the stitches holding it together. This describes the couple’s affection toward each other.

One chance in a thousand years, is pretty straightforward, but this is a great way to say it. It seems a more dramatic form of 一期一会, which means one chance in a lifetime.

A sketchy guy, Todo, had been trying to lure the girl, and he gave her a sob story about the koi he had been raising being sucked up by a tornado. This scene is when the boy happens to witness Todo try to hug the girl as he is elated that his koi happen to be falling back down into a pond on top of a loan shark’s bus (I guess you’ll have to read it), and he sees it not only as something that angers him, but a once in a thousand years opportunity to get her attention by becoming the hero and save her from Todo.

At the end of the long fruitless journey, finally a great opportunity came my way. If I prove my usefulness by saving her from Todo’s evil scheming, I can have a close chat with her. Thine one chance in one thousand years hath come. I’m finally reaping the rewards from my countless days of virtuous effort.

The boy meets a young kid at the used book sale, who ends up following him around and spoiling his opportunity to get this girl’s attention. He realizes there’s more to the boy that it seems when he starts talking about Studies in the Intellectual History of Tokugawa Japan, Thus Spoke Zarathustra, and Tractatus Logico-philosophicus

I thought the kid was just counting on his cuteness, but his seeming command of a limitless knowledge and impeccable memory with regards to books blew me away. My self-respect was crushed under the summer sky as he knew all about every single book I pull off the shelves.

The boy is trying to impress the girl at a used book sale, with lots and lots of independent tents, by finding a book she loved as a child called Ra Ta Ta Tam, and he goes into a strange dark looking tent. He asks the lady working the register about Ra Ta Ta Tam.

広大無辺 is used to mean, “the wide world.” in the context that Ra Ta Ta Tam is only one book in the whole wide world of used books.

The boy is preparing to go to the university festival and try to win the girl’s attention. This is a passage where he is lamenting his previous failures.

天真爛漫 means to have the same natural personality you were born with, so it could be expressed as something like naivete or innocence. The boy can tell by her smile, that she really thinks it’s a coincidence every time they meet.

But the most dire problem was that she has paid no attention to me at all. Not only is she oblivious to the pitiful amount of charm I possess but to my very existence. No matter how often we run across each other.

She just keeps giving me a naive and innocent smile. Me, who has been repeating, “Ah, I just happened to be passing by.” until my throat is about to bleed. She says, “Oh! What a coincidence!”

The boy is talking to his friend who is the head of the festival, busy making sure everything runs smoothly. There is a group of people with a kotatsu (table with built-in heater) randomly appearing in different locations around the festival.

They are calling it the Idaten kotatsu, because Idaten was a bodhisattva, who had a folk tale reputation of running around as he protected the sutras according to the Wikipedia page, and was therefore elusive. I decided to translate it to lynx, which I found is a western mythical creature that has a reputation for elusiveness.

They’re a strange crowd that have been sitting at a kotatsu and roaming around the campus. They’re so elusive, people are calling them the lynx kotatsu.

In this passage the girl talks about her history of good luck. 暴れる means to act with violence and 棄 means to throw away. 自暴自棄 literally means both of these actions against yourself, so this yojijukugo is used in a context where someone is not taking themselves and their safety into consideration when they take action.

I have always been the princess of good luck. Surely, I must have had double the luck of a regular person for such a misbehaved girl like me to have made it alive this far without cracking open my skull. When I was a little girl, I mounted my trike and zoomed down hilly roads with abandon, at speeds unheard of for a toddler. My big sister called these numerous instances of good luck, “God’s opportunism.”

This is a line from a flash mob play performed in many acts at different locations during the university festival. The basic plot of the play is a search for the missing King of Eccentricity.

疾風怒濤 literally means violent waves. It is actually a translation of a German expression, sturm und drang, which is conventionally translated into English as “storm and stress,” according to the Wikipedia article.

At the university festival, the girl spots a tightrope walker going between two of the buildings on campus. She makes it her mission to immediately run up into the building, so she can inform him of the preciousness of life.

雲散霧消 means to disappear into thin air. Literally it means the clouds disperse and the mist disappears. In this context it is used as a metaphor for the changing of girl’s resolve. She happened to be carrying a giant stuffed red koi, and there happened to be a giant maneki-neko in the stairwell.

I forgot my original purpose, I poked that fluffy swollen belly with admiration.

The  maneki-neko said suddenly as his eyes rolled around.

With such a surprise, I couldn’t find my words. My resolve to lecture that good for nothing thrill seeking tightrope walker about the preciousness of life vanished into thin air, and I fled in a panic.

If you enjoy discovering new yojijukugo, I would recommend reading this book. Also, explicitly look for them, and you’ll be surprised how often you begin noticing them. When I see this type of idiom, it catches my attention and makes what I’m reading more interesting. I hope you run across some of the yojijukugo introduced in this article in your own Japanese reading soon.

5 thoughts on “Ten Japanese Four-Character Idioms in Context from “The Night is Short, Walk on Girl””