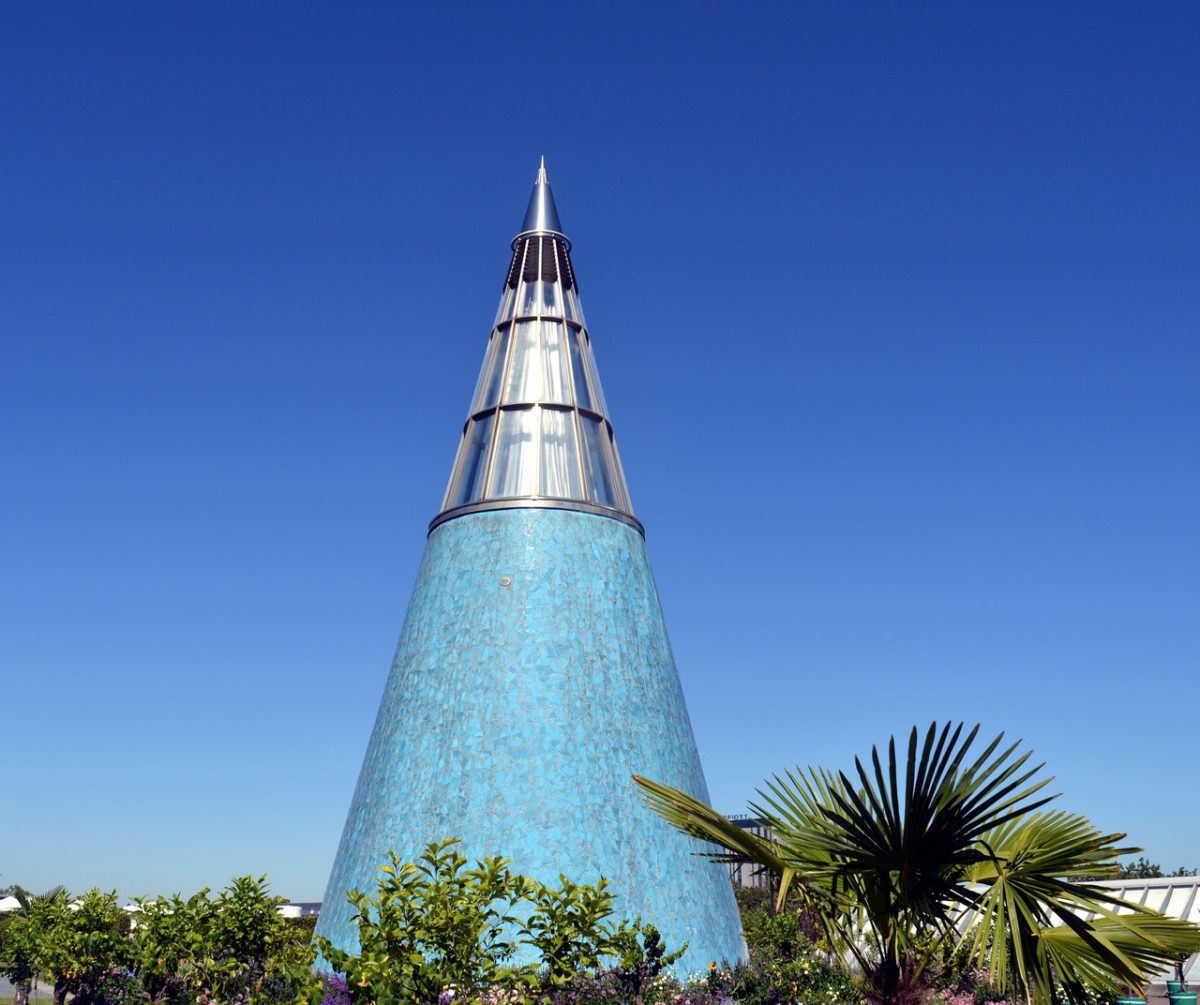 I’m still reading through Mori Hiroshi’s (森博嗣）W-series, and this is the third book, “風は青海を渡るのか？ The Wind Across Qinghai Lake?”. This one is a bit more philosophical than the the previous book, but there is a bit of action as well. The main theme is the exploration of the difference between humans and a robots, and whether we will we get to a point where humans and robots are the same.

As someone that looks to the Bible as the foundation of truth, I believe that God made us as more than our physical bodies, so the non-physical part is something that humans would never be able to create.

then the Lord God formed the man of dust from the ground and breathed into his nostrils the breath of life, and the man became a living creature.

I think the walk-alone (robot made of flesh and bone) factories are missing the “breath of life”, so they could never create a true human. However, if you take the premise that humans are only comprised of the dust that forms their bodies, there is nothing stopping humans from eventually manufacturing new humans, which are exactly the same as naturally born humans. So far, the W-series seems to be an interesting exploration of where that premise ultimately leads. I can’t tell what conclusion this series will draw, or even whether or not it will ultimately attempt to choose one side.

I will translate the first few pages of the prologue. This is the setup for the third book in the series, so don’t read any further if you are concerned about spoilers.

At the end of the last book, Dr. Hagiri was in a special Tibetan district called Nagqu, which is one of the few places left on Earth were humans are still naturally born. Medical science has advanced to the point where the existing humans can live virtually forever, and additional labor is created in the form of walk-alones.

The protagonist, Dr. Hagiri, is doing research to continue improving a machine he developed to tell humans and walk-alones apart. At the end of the last book he was led to a vast storage facility of frozen bodies in Nagqu, which he plans to investigate. He’s going back to look into this facility and try and uncover the secrets of Nagqu, and at the same time he will work on his surface level plan of taking more data for his research.

That was a holy ground. In the literal meaning of the words, that was holy ground for the human race.

Standing in this place again, I could confirm that the miracle wasn’t a dream. It’s no longer time for hopes and dreams. I will offer up my future time to measure, analyze, and search for the true meaning of the things I can touch, which are right in front of my eyes.

During my research, I feel an excitement that almost makes me shudder when I reach this kind of epoch. Without exception, researchers walk around with their heads down striving for that excitement. Even though the future is always at the front of their minds, they can never stop staring at the ground around their feet. That’s research. It’s the same thing over and over. All the ground does is keep on supporting my feet. There are random pebbles, and weeds are growing in a fractal pattern. Sometimes there are puddles. I can discover footprints from the past and tracks from wheels. However, by some miracle, a shiny object catches my eye. A researcher stops, bends his knees and reaches for it.

Of course, most of the time, after putting so much of myself into it, there’s nothing I can do but just throw it away and keep walking. A normal person would stop looking at the ground and stop picking things up after a few repetitions. We are different. Surely, we have something like belief – a sense that there must be something waiting that we have to pick up. That’s certainly a promise established by the universe.

I have actually picked up that kind of shiny object time after time. Just for that reason, I fall into the belief that I’m sure to pick up something more amazing. Saying this is a researcher’s “faith” is not an overstatement. In the old beat up notebook I’ve had since I was a child, the marks of the things I’ve picked up are laid out. That is my researcher’s license.

I had a sense that this topic was too grand from the beginning. An exceedingly great discovery.

What I mean is that this isn’t something one individual can handle, and what’s more, it’s not the kind of topic you can illuminate by breaking it up into ten-year chunks. Several premonitions put my mind into fast-forward, my thinking begins to slip and spin its wheels.

When I returned to Japan, I consulted with the director. This was quickly relayed to the highest ranks, and a committee was formed the following day. The committee was called “Nagqu Special Research Committee,” for the time being. It was no time to quibble about the name. Largely, there was a clear consensus that this was not a problem that could be handled by a single nation, but what discipline should take the lead was a point of contention from the beginning. Two days later, each discipline chose a representative. With the vague information available, they discussed the overarching policy and the initial action items. Then things like whether we should reach out to foreign researchers first or whether we should go right to making proposals to international governmental organizations were discussed. Eventually, and it does have some truth to it, many people had the opinion that the first item of business was to collect a reasonable amount of information. We created some working groups the next day and began fleshing out the personnel and general schedule. I heard that the plan had to go before the upper level executives and even the government for their stamp of approval. However, my involvement didn’t reach that far. I was just appointed as the head of one of the working groups. Of course, that’s just the way it should be.

I could care less what the executives and government decide. All I could think about was getting over their quickly. And that came to pass in about one month.

Two containers worth of equipment were shipped by air from Japan to Tibet, and two days after that, I was shipped over as well. Last time I came in a three person fighter jet that landed at the nearest airport,  but this time a six seater fighter jet flew us directly to Nagqu. This may be due to a difference in the budget. It was the kind of jet that could land without a runway. Three others, my assistant Manami, along with officers from the Information Authority Ugui and Anebane came with me. Manami was accustomed to operating the measurement equipment, and the other two were accustomed to being my bodyguards.

The outward purpose of the trip was to measure the brainwaves of the Nagqu people. The children were of particular interest. This data, as made possible by a promise from the powerful Tibetan leader, Governor Tenjin, will be used in a system that distinguishes between humans and walkalones. What Tenjin was hoping, is that we would leave the machine in Tibet. Of course, they would pay a fair price so Japan and the Information Authority wouldn’t lose out. Nothing wraps up more quickly than a negotiation where both sides stand to profit.

The fighter jet raised the angle of it’s main wing, descended vertically, then touched down. Dr. Tshering Pasang came to greet the four of us.

“Long time no see, Dr. Hagiri,” said Tshering as she reached out her hand.

“We’ve been talking almost every day haven’t we?” I said as I returned the handshake.

“We haven’t had any physical contact for thirty three days,” she said with a smile.

“Please don’t say it that way. People might get the wrong idea,” I said, with what must have been quite a smile.

After that, Tshering put both hands together and greeted Ugui and Anebane. It should have been thirty three days since she’d seen these two also. Tshering had on a colorful indigenous skirt. Ugui was decked out in black and wearing sunglasses. Anebane was also in all black, but without the sunglasses. He had a peculiar type of eyeglass in one eye, and I had no idea what its function was. My assistant Manami was the only one Tshering hadn’t met before, so I introduced her.

“So she’s your assistant too?” Tshering asked me.

“Yes. She’s quite a bit different isn’t she?”

Last time I had introduced Ugui and Anebane to Tshering as my secretary and assistant, but surely Tshering understands what kind of characters these two are by now, so maybe she was joking.

The luggage we brought with us on the fighter jet only consisted of small things. Our daily necessities were already sent ahead in a container. Ugui’s luggage was twenty times heavier than mine. Surely it wasn’t because she brought a lot of outfits. I don’t know the details, but maybe it’s some kind of heavy artillery like an anti-aircraft gun or something. She’s not the kind of person to talk about her personal life, but I’m pretty confident she is a weapon fanatic.

Anebane is another mysterious character. His weapons aren’t as conspicuous as Ugui’s. All I know about him is that he’s faster than humanly possible, and he’s lower rank than Ugui. Anyway, he won’t even tell me his first name.

6 thoughts on “Translation of the Prologue of “The Wind Across Qinghai Lake?””