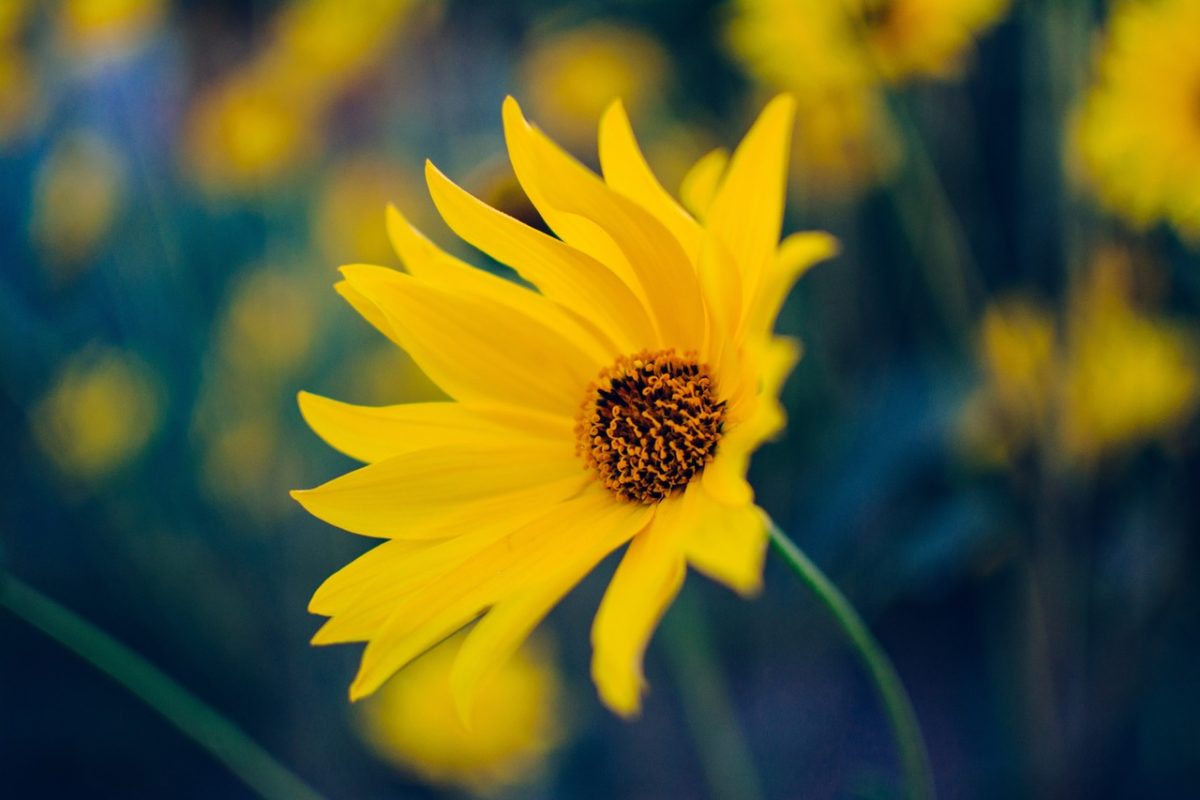 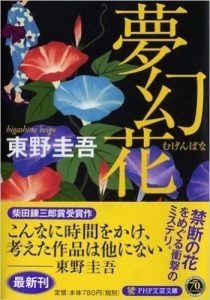 Someone murders a retired man, living alone, who spends his time with his flowers. His granddaughter knows that he had a particular flower that he was especially excited, nervous, and not very forthcoming about, which had disappeared after his murder. She and the brother of a government official who seems very interested in the flower, go on a search to put all the pieces together concerning the murder and the flower as well as how they may be connected.

Higashino’s writing style is very smooth and pulls you right through the plot in a book that’s hard to put down. I find that he reminds me what is going on and who is who at just the right moments to jog my memory. I think his storytelling skills are very well developed through his many many novels. I have read one of his books before, and I would have read and reviewed something by him earlier, except that Higashino’s books are not available on Kindle for some reason, so it’s a bit harder to get my hands on one.

This is a mystery, so I don’t want to talk too much about the story itself. The most fun part is watching the pieces come together or figuring it out ahead of time if you are good at that sort of thing.

Instead, I’ll talk about a specific phrase that I ran across for a second time in the books I’ve read lately. 痺れ（しびれ）をきらす。I had put it into Anki when I readそして、星の輝く夜がくる, so it jumped out at me when I ran across it in this book.

It’s used in the following phrase, where a detective is wondering if his son is calling him because he was getting fed up about the lack of progress in the case.

Here are the two definitions from 大辞林

It can be hard to determine why 切らす pairs with 痺れ even from a native speaker’s point of view. A blogger searches for an answer in this blog post, but doesn’t come up with a solid solution, so I think I’ll just take it as a set phrase.

Another tricky part of this phrase is why the feeling of your foot falling asleep is related to being frustrated with a long wait. When I was thinking about how to express this in English, I found that there is a phrase that uses the same metaphor: “On pins and needles”.

The first definition in The Free Dictionary says that pins and needles means, “A tingling sensation felt in a part of the body numbed from lack of circulation.” And it mentions that the idiom “on pins and needles” means, “In a state of tense anticipation.” The idiom is similar enough to 痺れを切らす that I suspect the English phrase was borrowed from Japanese, the other way around, or they both got it from a third language. I didn’t go any further than that on my research, but if anyone knows more, then please leave a comment.

This book is about flowers, which could be dull, but it never goes into pages and pages about details of flowers, so don’t be worried about that. Also, the very first scene is extremely violent, but once you read past the first chapter you are through that part. It made me a bit concerned about what I was in for, but I think you would be better off skipping the first chapter than dropping the book because it seems like it will be too violent.

Overall, this was the kind of novel that makes me want to keep reading, and the reading level is basic enough that it works great as a relaxing way to pass the time.