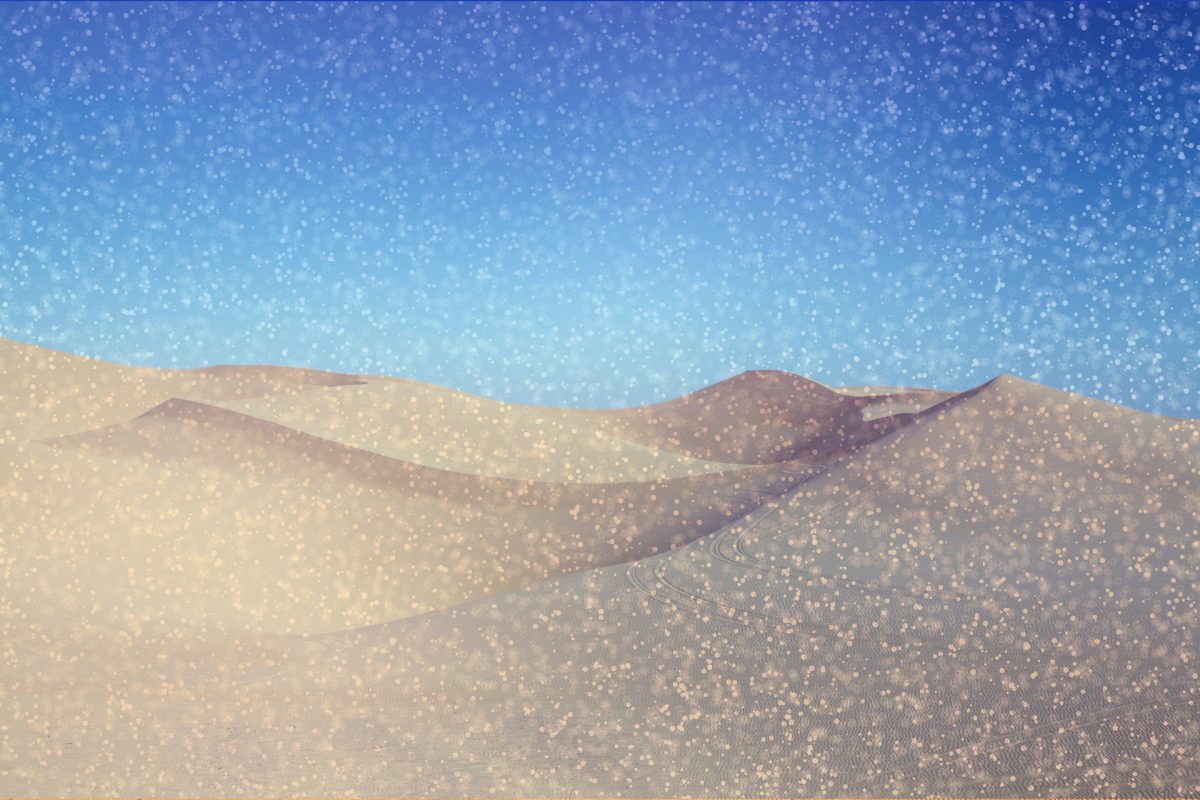 Snow In the Desert by Isaka Kotaro (砂漠 – 伊坂幸太郎) is a coming of age story spanning the four college years of five friends. Surprisingly, it never showed up on any of the lists of recommended books on Audiobook.jp—I was only able to find it by searching for Isaka Kotaro directly—so I would like to recommend it here for anyone searching for fiction on the site. I’m guessing it is not a great seller as an audiobook or they would be promoting it more heavily, but on Amazon.co.jp the reviews were decent. I wasn’t too excited about the book, as the synopsis didn’t draw me in, but from the very beginning, I found it enjoyable to listen to because of the narrator, the characters, the relaxing tone. Also, it reminded me of what it was like to have plenty of free time.

Many audiobooks have several narrators to handle the dialog, but this audiobook only had only one. He did a great job distinguishing between the voices of the different characters, providing them with unique personalities. I was able to tell who was talking better than I would have been able to if I were actually reading the book. Also, his voice was calm and sounded like a friend telling you a story, unrushed, with no impending obligations forcing him to find a way to wrap it up.

The story is told through the dialog of five classmates and the protagonist’s girlfriend. The inner dialog of the protagonist, Kitamura, fills out the details. I like that a lot of dialog is included because I don’t hear Japanese speakers on a day to day basis. I think that cynical Kitamura speaks in a normal way, but the other characters have quirks.

Torii, from a wealthy family, takes a laid-back approach to college and has a rough around the edges speech style to match his attitude. He plans to make no effort to study these four years because he will become a super-salaryman and have no time left for entertainment, or even his future family.

Hatomugi, Kitamura’s girlfriend, who works as a sales clerk at a clothing store, also has a rougher way of speaking; she is not in college but already living in the “desert” of the real world.

Nishijima has an awkward way of speaking due to his complete lack of social awareness; his motto is to always advance, meaning to take action. He can’t understand why his peers are indifferent about America invading the Middle East again, and he believes that if you are able to help someone right in front of your eyes, then you should just do it. Don’t think about some theoretical cause and effect that will cause you to do nothing in the end.

Beautiful Todo is in unrequited love with Nishijima, and she never shows her emotions. Here speech matches that attitude and is usually short and ambiguous.

Minami’s shy personality is reflected in her speech style. Yet behind her quiet facade are some surprising supernatural powers.

Most of the story is easy to understand, but there are a handful of historical or cultural references. The cultural references are not limited to Japan but reach to France and China; an Antoine de Saint-Exupéry book plays a central role, and the characters are into Mahjong. Knowing the vocabulary and rules of Mahjong would help with understanding some of the scenes. I don’t know the vocabulary associated with the game very well, so I had to just pick up the gist of it.

This story set in Sendai, which is the same, somewhat nondescript, city Isaka used in his novel Gasoline Life. My guess is that he used this setting to draw the city itself into the background. It is a great opportunity to read about lifestyles outside of typical Tokyo, where most stories are set.

To be honest, this is exactly what I had in mind when I started looking for audio books. It is relaxing and contains loads of dialog. I have been re-listening to the story and think I will end up listening to parts of it several times. The first time through an audiobook, I need to pay close attention to avoid missing anything. The second time through I can zone out in parts or drill into other parts word-by-word at my leisure without sacrificing an understanding of the total story. I definitely recommend re-listening to an audiobook to get more out of it, and I think this is a great candidate for that purpose.

2 thoughts on “Japanese Audiobook Review: Snow In the Desert”