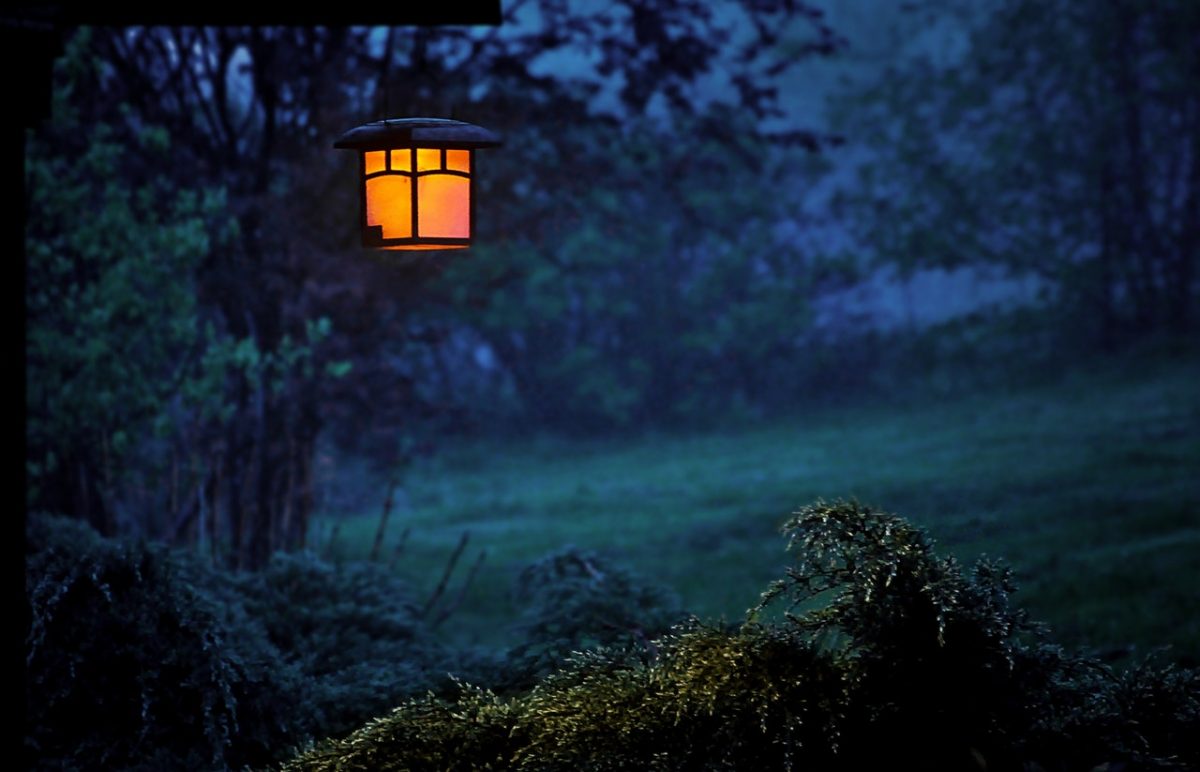 I posted a bilingual review of Honey Bees and Distant Thunder by Onda Riku here. To follow up, I’m posting a translation of a short story that is embedded into the novel as part of the description of one of the songs that a character performs in a piano contest. This short story is one of the many creative ways Onda Riku expresses music through words.

I decided to translate this because it was challenging for me to catch the details the first time I read through it. I realised that it was because I had trouble determining the subjects of some of the sentences and who some of the pronouns were referring to.

In my attempt at a translation into English I tried to clarify many of the subjects. English writing tends to use sentences with explicit subjects more frequently, while in Japanese, the subjects are often inferred from contextual clues.

I won’t give away who performs the song or what song this story is describing in case you plan on reading the book yourself.

A young man with dimly smoldering eyes came quietly, walking down a lonely path, dead from winter’s touch, softly breaking blades of grass. He was dressed quite presentably, belonging to a social class that precludes him looking like a slob; his appearance suggested he was involved in business pursuits of an intellectual nature.

It was quiet all around.

It was a cold winter scene. The sky was bleak and covered with thick clouds, the air was cold, and there were no birds singing.

There was the dry snapping of dead twigs breaking under his feet.

Suddenly, he noticed an aging grave marker at his feet, partially concealed by grass and dirt.

It looked as if it were many years old, and its crumbling inscription only conveyed the emptiness and fleeting of this human world.

The young man stepped over the grave marker with no expression.

The object of his gaze was a small village poised on a rather tall hill.

You could tell the village had a rich history by the church steeple and the walls built to defend it.

The young man was silent, but his eyes were restless and his gaze continued to focus on a single point.

Yes, this tragedy is intertwined with misfortune through multiple generations. The ideas and intentions of various people come together in unthinkable ways.

After the restless intro comes the main theme. The core members of the clan ruling this land appear.

The heavy-handed patriarch is followed by the brothers and sons, who are competing to ascend to the alpha spot. It speaks of the family’s ominous yet beautiful history and origins. A conspiracy is always brewing and the seeds of conflict have already been sewn.

After the current state of affairs are expounded for a time, another theme appears.

It is another protagonist, but this time a youthful heroine.

She is also part of the ruling clan, but has lost her parents early in life. Since she lost her support along with them, no one has taken her seriously. She has lived a quiet and spartan life, raised by her solemn, yet loving, grandmother on the outskirts of the village.

She is a beautiful and clever heroine. Looking into those eyes, there is an undeniable sense that the seeds of true courage have come to fruition.

Her theme, fitting for her personality, is a warm, impressive melody, filled with affection. Powerful and overwhelming, it conveys that she possesses a blessed existence.

The story begins with the heroine returning from helping at the rectory, just like any other day, when she noticed a man that made her feel uneasy.

The man was perched at the edge of town, looking intently at something.

Coming alongside him was a man, maybe a public official, who was persistently explaining something.

The heroine stared at the man.

Even though he was an outsider she had never seen before, for some reason, her heart jumped. She felt as if she had always known him.

It turned out that time and time again coincidence would draw them together. The two of them first exchanged words while tending to a child, injured in a pasture.

The man was a lawyer, who came to this area to prepare for a lawsuit, at the request of his client. They began to take interest in one another, but, she had concerns as the man’s eyes seemed as if they were shuddering from time to time.

The people of the village began to notice his presence, one by one, and began whispering in the shadows.

They whispered things like, “I heard that that guy may have been hired by someone to sue the ruling clan.”

The head of the clan caught wind of it.

The part of the song composing the clan’s theme is always filled with tension and drama.

The mysterious man was slowly honing in on the clan. When the man was around, those members carrying a dark past with them began losing their lives to perplexing accidents or senseless fights.

The scenes passed by at blazing speed, bringing the men of the clan into a full-on panic.

What is happening? Is this revenge against the clan? Is that man related to all this? Who is his puppet master hiding in the shadows.

They became paranoid, trusting no one.

The pianist felt the various scenes vividly fly by right in front of his eyes.

He truly felt that he was beginning to hear the actors say their lines.

It was as if he could even see the faint glow of candles at dinner, the glimmer of silver coins passed to an informant through the kitchen door, the rain puddles in wagon tracks.

This story is filled with splendid characters. There is a strong willed and beautiful woman, an aunt adept at long term strategy and so on. There are plenty of intriguing personalities.

There are skilled descriptions of emotion and the inner workings of the characters’ minds. One dramatic scene after the other pushes the story towards its tragic climax.

You can’t change fate. The gears of time continue to click-clack as the characters are brought together and led towards the ending.

The heroine is sucked into the center of the story in a surprising fashion. Even though she had been completely ignored by the clan until now, as she came of age, it became more and more obvious that she was gorgeous, and the young men of the clan began giving her inviting glances. The heroine was perplexed.

She could not say yes to any of their advances, because her heart was taken by the mysterious man.

As for the man, he showed hints of willingness to bare his heart from time to time, but one day, he realized that she was a descendent of the clan and became furious. The heroine pressed him for the reason.

Then he confessed that his intention has been to exact revenge on the clan and ultimately destroy them.

The story comes to the climax.

Finally, the clan discovered the truth, that the man was the child of the youngest son of the patriarch, who, planning to report the misdeeds of the clan, was murdered by a mob of his own relatives. At the same time they also caught the man’s wife, who made it to the outskirts of town trying to escape with her newborn infant, and they mercilessly slaughtered her as well. However, the infant, who should have been with her, was nowhere to be found. It was a cold winter night and the chances that a newborn would survive were extremely slim. Even though they thought, “Surely it must have died somewhere.” there was no trace of the baby.

The clan sent an assassin after the man.

However, with all the clan members becoming mutually suspicious, they took it as an opportunity to begin killing one another.

The man evaded them, and the bloody crimes of the clan came to light one after the other.

Here and there, blood was spilled and bodies tumbled.

Burning with revenge and desperation, the man set his sights on the heroine.

The heroine stared at the man with conflicted emotions.

There was a scream.

Her longtime disabled and bedridden grandmother stood up with her hand on the wall and stared at the two of them.

The grandmother called a name.

The man was taken aback.

Long ago, the grandmother found out that her son’s younger half-brother, from a different mother, and his wife had been murdered. They weren’t related by blood, but for some reason they had a connection.

The grandmother was trembling and enraged. However, if she revealed that she knew the truth, she would most likely be killed as well. Even still, she felt pity for the two of them and hid their newborn children away. The wife had given birth to twins, a boy and a girl. Since she could foresee the boy reigniting the fight for the head of the clan, she sent him far away to be raised by an outsider, and she kept only the baby girl to raise on her own. Her son, who died young, had a little girl, but her body was weak and she had died. The grandmother hid the girl’s death and told everyone that the heroine was her granddaughter.

The man and the heroine were brother and sister.

Surprised yet again, they stared at each other in shock. That was the reason they were drawn together when they first saw one another.

The man let out another groan of despair and rushed out of the house, and at that moment, a young man from the clan jumped out of the shadows and stabbed the him. The young man was targeting him out of jealously, because it seemed he had won the heart of the heroine.

The darkness was torn as it swallowed up the heroine’s scream.

The final scene unfolds in the same place as the first.

The heroine, body wrapped in the clothes of mourning, stood motionlessly on a patch of grass on the outskirts of town.

This was the place she first saw her brother.

She decided to leave the town and find work helping at a rectory far away.

She stumbled across a worn and weathered grave marker, partially grown over by the grass, at her feet.

She was surprised at what she saw as she mindlessly removed the dirt to reveal the name on the stone. It was her mother’s name. This was the spot her mother had been killed, and her grandmother, taking pity on her, had secretly set out a small grave marker there.

The heroine looked up to the sky with unbearable emotion.

Compared to the opening scene, the sky is now slightly brighter, and a small patch of blue is peeking out of the gray sky in the distance.

After staring intently at the grave marker, she turned on her heel and quietly left the place.

Her silhouette slowly faded into the distance, never looking back.